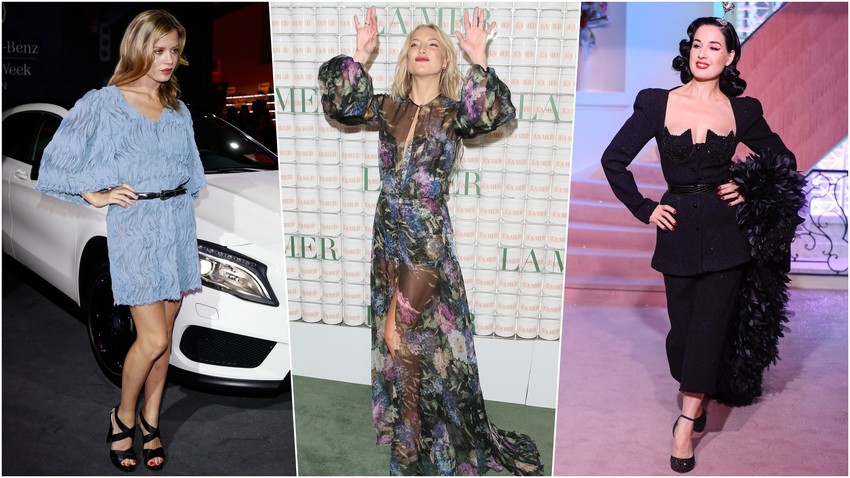 Lady Gaga, Gigi Hadid and Ariana Grande are just a few of the fans of these Russian designers.

In 2014, aspiring designer Olesya Shipovskaya, having divorced her husband, wondered how to feed her daughter. She created an Instagram account through which she started selling tailored suits with skirts, ruffled dresses, beaded brooches and veiled hats.

Within a few years, his niche brand had grown into a successful business, with the top selling models being the basic oversized suits in various shades.

In 2019, the brand’s clothes were first worn by Gigi Hadid, who was followed by Heidi Klum, Tina Kunaki, Natalia Vodianova and other stars.

This fashion designer from Kazakhstan founded her eponymous brand of ladies’ dresses with Russian accents in 2011, and a year later, she presented her collection at the Théâtre Marigny on the Champs-Élysées in Paris.

Before that, she found time to graduate from the philology department of St. Petersburg State University, become a Russian street style star, and marry (and divorce in 2013) the billionaire. Danil Khatchatourov, former president of the Rosgosstrakh group.

In 2015, the brand was Russia’s only official participant in Haute Couture Week in Paris.

Russian celebrities aren’t the only ones drawn to her Vologda lace outfits and ancient Russian hand embroidery inspired by folk ornaments and Soviet aesthetics.

Ulyana Sergeenko’s clothes have been worn by Lady Gaga, Dita Von Teese, Beyonce and many more.

“Fashion lovers go to Yanina Couture for what the Parisians of the 50s went to the great Dior – beautiful dresses wrapped in luxury and devotion”, we read on the site of this brand of embroidered dresses with romanticism aerial, also popular among Hollywood stars.

The fashion house started as a small regular studio in Saratov, founded by designer Yulia Yanina in 1993.

As a child, Yanina loved to dress the dolls her father brought her from abroad. Now her dresses adore Gigi Hadid, Emma Roberts, Meryem Uzerli (star of Turkish TV drama Muhteşem Yüzyıl) and dozens of other famous people.

Originally from Abkhazia, Rasida Lakoba wanted to become an architect, but after school her parents sent her to study economics in Moscow.

After graduating in 2012, she set up her own mini-studio, which quickly gained popularity among Russian celebrities and, after a presentation at Paris Fashion Week in 2016, across the world. 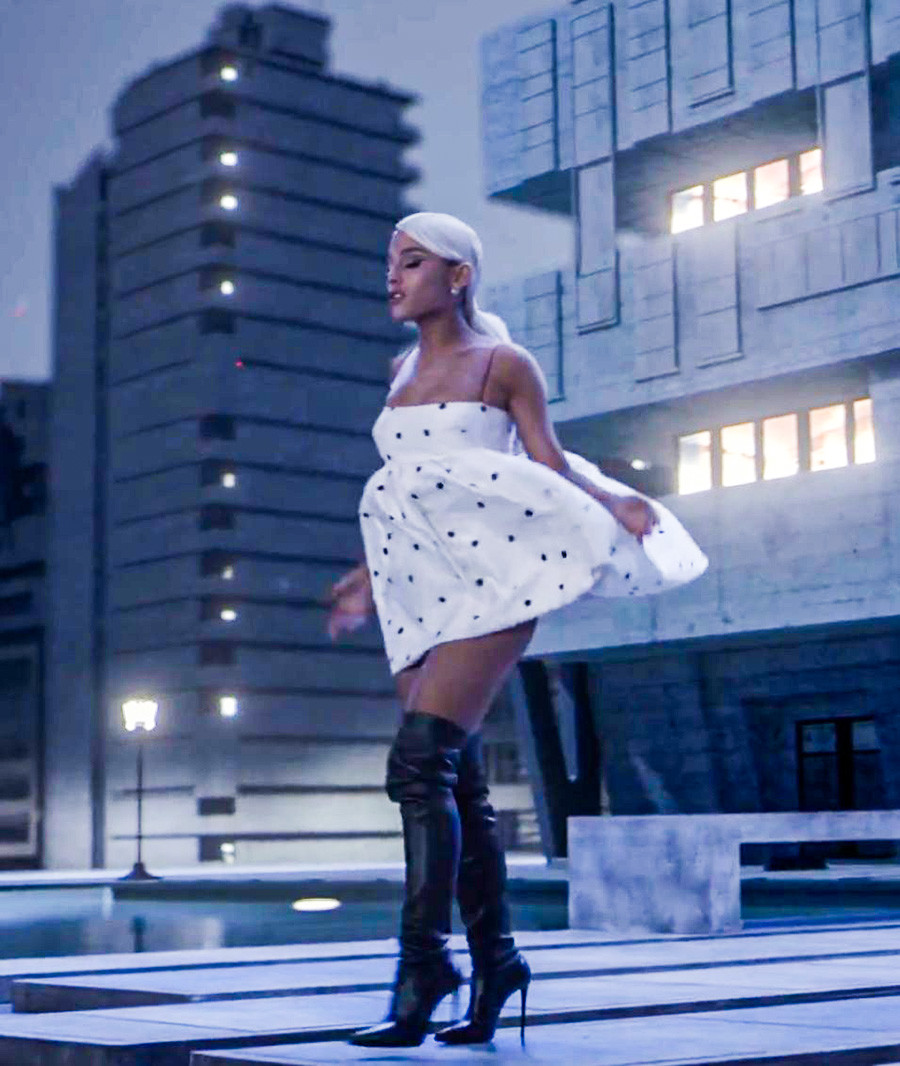 “This is evening fashion in its modern sense: ours is a very complex but laconic cut, due to which the products do not look classic. We always follow our DNA: aesthetic beauty, femininity and sexuality in an elegant rendering, ”says Rasida of her brand. 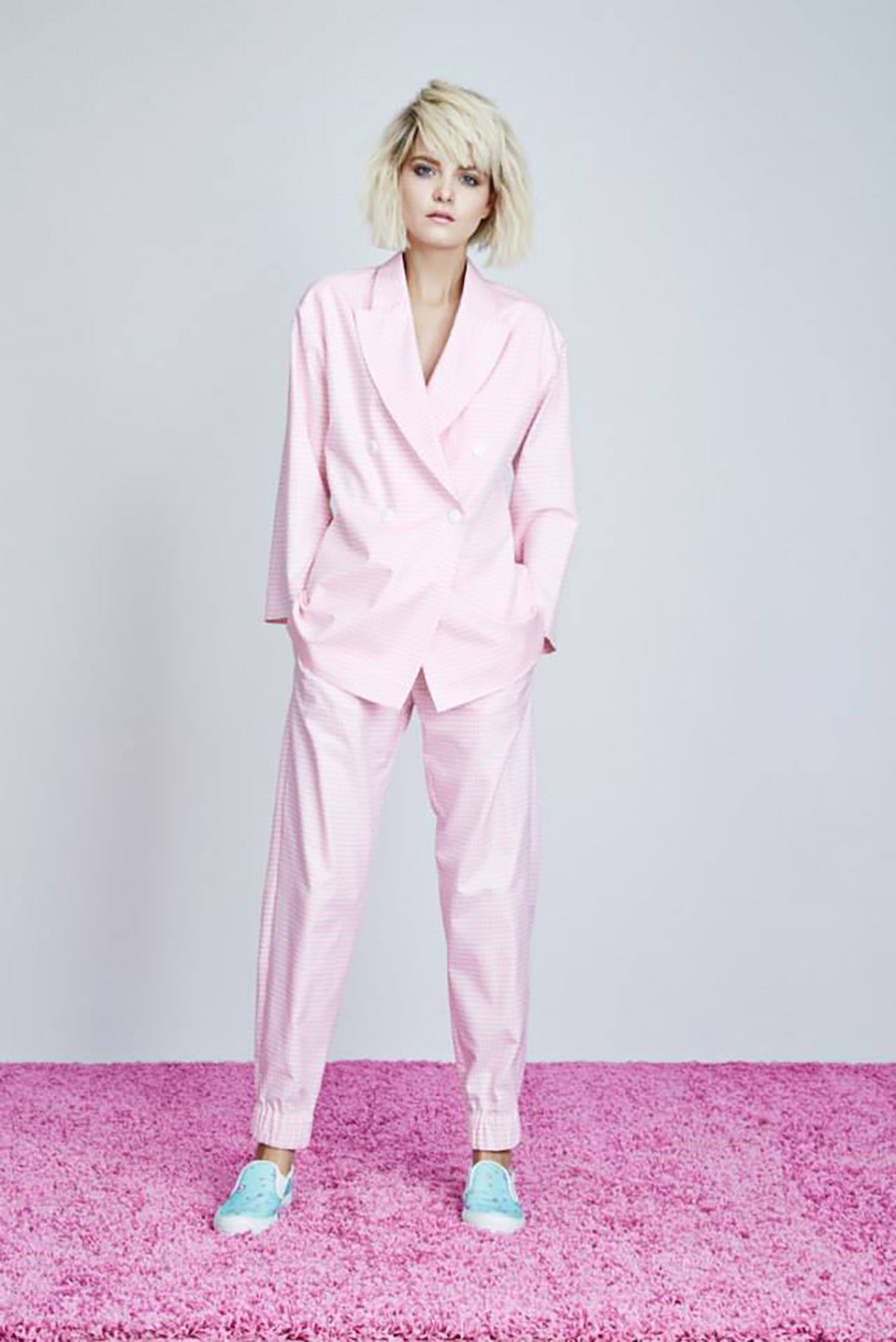 The day after a crazy night is how one can describe the style of designer Andrei Artemov from Ufa, who launched his own clothing brand in 2011.

Before launching the brand, Artyomov worked as a fashion editor for the Russian version of L’Officiel magazine and as a stylist at Russian fashion shows. His first presentations were attended exclusively by friends of the social scene, some of whom bought his stuff and spread the word. Soon the Moscow crowd was wearing Artyomov’s clothes, and then foreign stars followed suit, literally.

Walk of Shame is the most popular of all in Japan, while Rihanna, Katy Perry and actress Elle Fanning are among the Hollywood stars who wear the mark.

German Kabirski from Dagestan has been making non-standard rings, bracelets and earrings with rough stones since 2016.

His childhood dream was to become an artist, but a hand injury in his youth prevented him from drawing. All of his creations are cast directly in metal or wax, and he cites Wassily Kandinsky as one of his main inspirations.

“I like to find beauty in ugliness, surrealism in banality, dreams in reality. I do not separate them, ”reflects German on the concept of his jewelry. 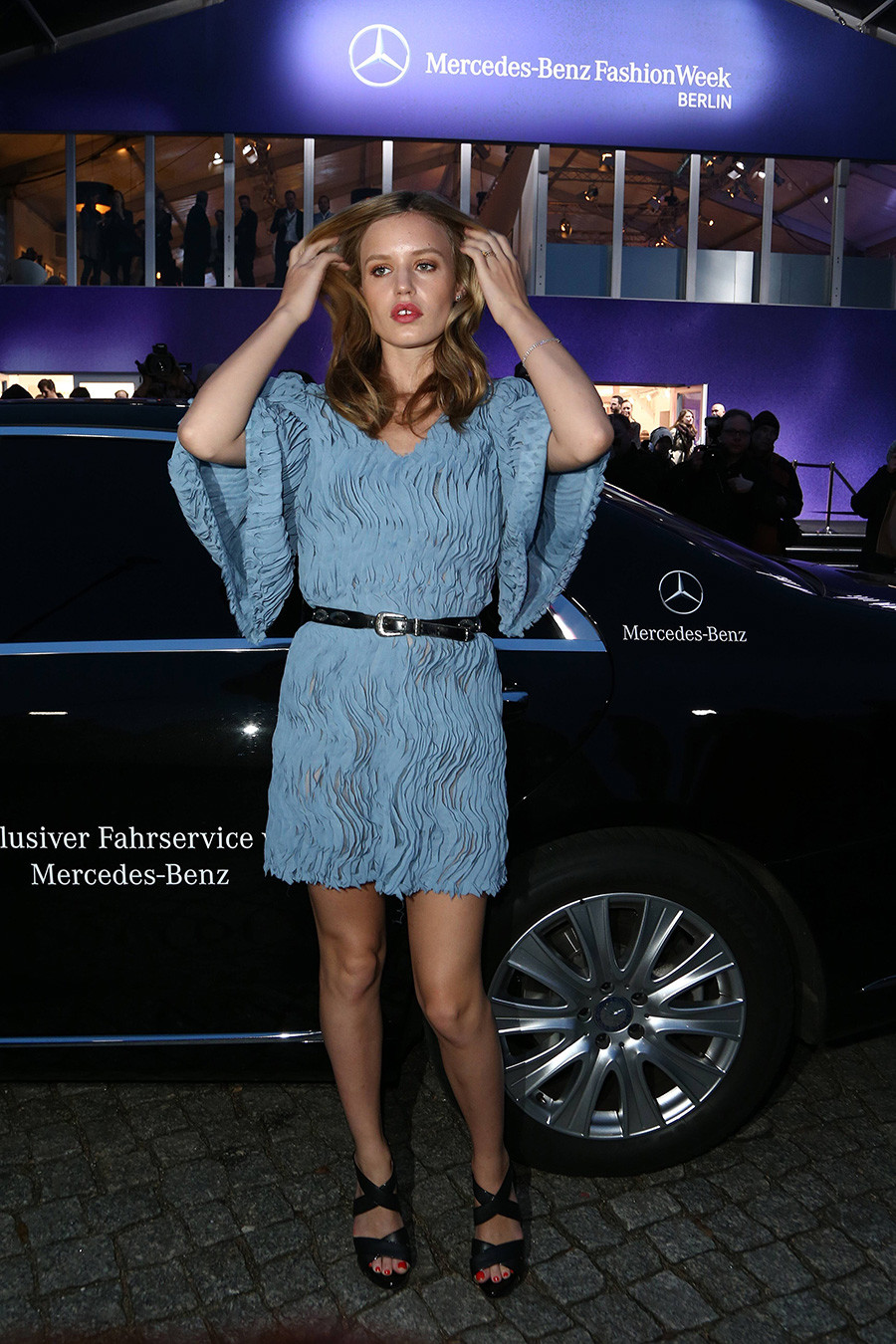 This Russian brand of the most “fairy tales” was founded by the designer in 2001. All her collections are based on dresses inspired by Russian and foreign fairy tales, including Mukha Tsakotukha, The Nutcracker, Tsarevich Ivan, the bird fire and the gray wolf, etc.

“Nine years ago [2006], we commissioned one of the best marketing agencies in the world to shape the brand’s DNA. They researched the brand, polled favorite artists, books and movies <...> As a result, they suggested using Russian fairy tales and discarding images of Soviet culture, as they are associated with the mass market. The concept matched my ideals perfectly, ”Akhmadulina explained in an interview with Vedomosti.

Already in 2005, Alena presented her collection in Paris, making her abstract prints known to the whole world. Since then, she has designed costumes for the 2010 Vancouver Olympics Opening Ceremony, costumes for Cirque du Soleil’s Joël show in 2015 and a clothing collection for Barbie.

Sweatshirts with Cyrillic inscriptions, loose Burberry-style checked shirts and long-sleeved tops with Slavic accents made this former hairdresser from Moscow famous all over the world.

Before becoming famous, Gosha worked as a costume designer for Russian director Kirill Serebrennikov’s film Playing the Victim, then created images of skaters for Roman Prygunov’s film Indigo. Having decided that he wanted to dress “real guys from the neighborhood”, in 2008 he presented his first collection of clothes at the Sokolniki Arena in Moscow. The models were his friends, skateboarders, hipsters and just guys from the neighborhood, all with shaved heads, like they’d just come out of a ’90s rave. 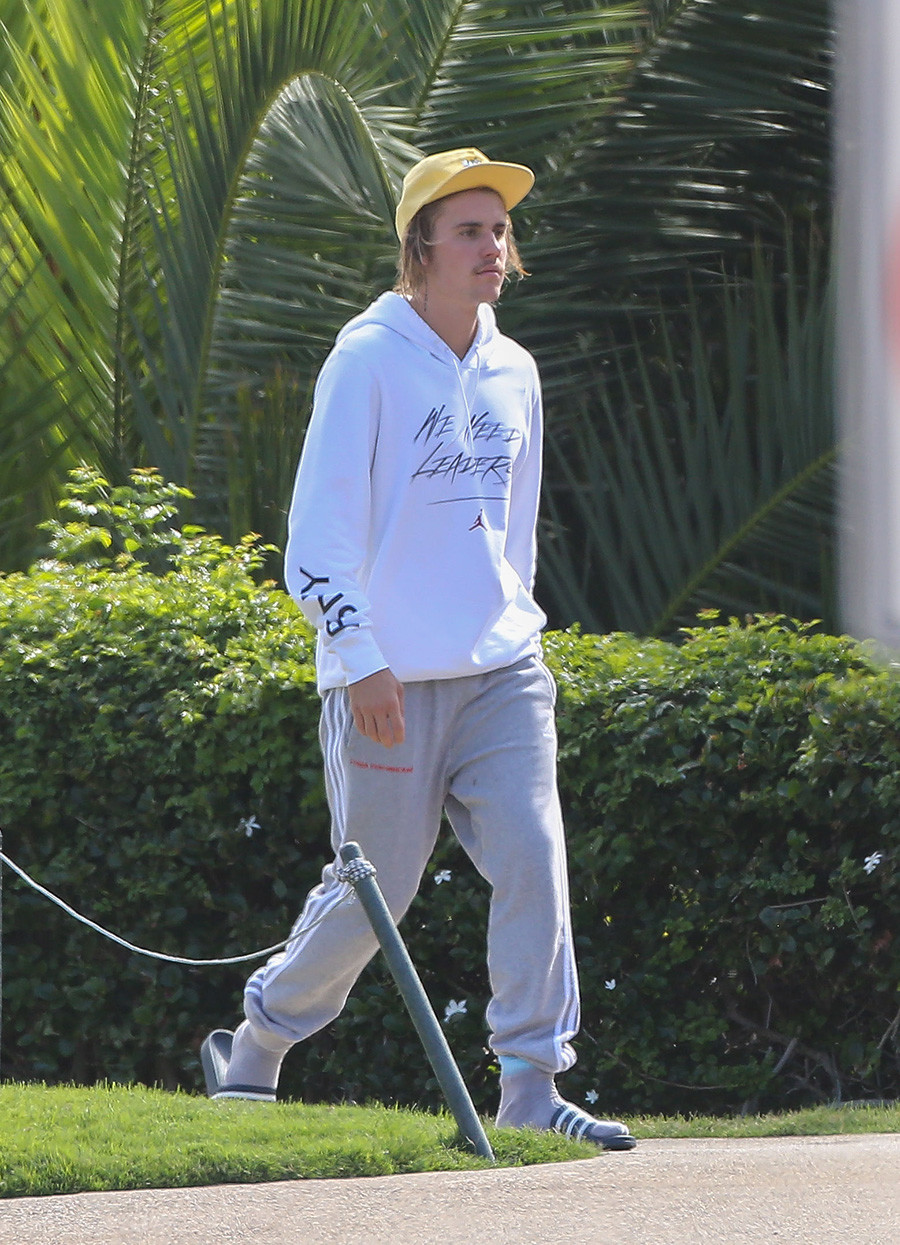 The show caught the attention of foreign media and Gosha’s brand was taken under the wing of the Comme des Garçons label, becoming the only Russian brand in the Comme family.

Rubchinsky has collaborated with Burberry and Adidas and dedicated part of his collection to the 2018 FIFA World Cup in Russia. In 2018, he closed the Gosha Rubchinsky brand and founded a new one under the name Rassvet ne za gorami (Dawn breaks), designing not only clothes but also skateboard illustrations.

It’s not just skateboarders who carry their gear, far from it. Some of the brand’s most famous fans include Justin Bieber, Rita Ora, Ryan Gosling, Rihanna, Kanye West and many more.

If you use all or part of the content from Russia Beyond, always provide an active hyperlink to the original content.